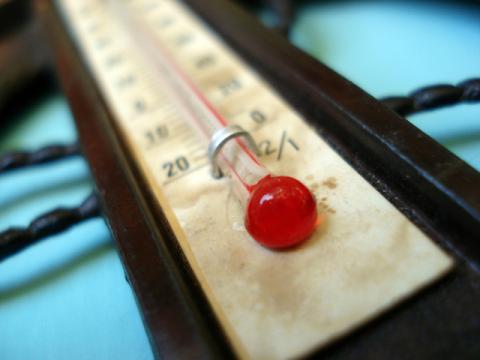 So we know what the LFL is and how it's determined, but what about the factors that can effect these values?

Most published LFL values are calculated at room temperature. But as a given mixture is heated, it's flammability increases and thus the concentration required to achieve 100% of it’s LFL is less. This source of increased danger is often overlooked.

Several authorities in both the U.S. and Europe, have arrived at flammability figures for temperature effects. To properly apply a correction factor, one should note the temperature corresponding to the initial LFL value. In some cases, especially where solvents with high flash points are involved, the initial LFL value may be determined at an elevated temperature (100°C is commonly used, but not always), so there is less of a change in LFL at a given higher temperature.

It should be noted that the LFL for an elevated temperature is always lower than the room temperature LFL. Less solvent is needed in order to ignite. This requires a proportional increase in the sensitivity of the analyzer in order to produce accurate readings. During calibration, a higher test gas reading is indicated; alternatively, the alarm levels could be set lower. In the case of an analyzer that is linear, it may be possible to simply divide the calibration gas reading by the temperature correction factor.

This effect should not be confused with correction factors for oven ventilation rates due to expansion of air at elevated temperatures and/or pressures. The dependence of flammability on temperature is a physical property independent of these other affects, and must be addressed separately.

Plant personnel responsible for LFL monitoring must be aware that it is necessary to apply a temperature compensation factor. This will cause the analyzer to display accurate information about any potential hazard, based upon the true danger at the sample point.