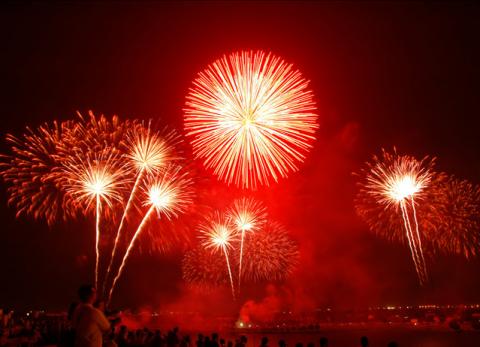 As fireworks soar sky high around the Fourth of July, so do injuries. As the holiday approaches, the Consumer Product Safety Commission (CPSC) demonstrated the power fireworks, legal and illegal.

According to the CPSC, last year five people were killed and more than 9,000 were injured in fireworks-related incidents, the majority in a 30-day period around July 4.

Those injuries ranging from cuts, scrapes to permanent disfigurement, including severe burns, amputation of fingers and serious eye trauma.

And it's not just airborne and explosive fireworks, sparkles burn at around 2,000 degrees (which is as hot as touching coal from a burning fire!).

To reduce risk, the CPSC said fireworks should be:

Young children shouldn't be allowed to light or play with fireworks even if an adult is present.

To be safest..the sights synonymous with this holiday are best viewed from a distance.