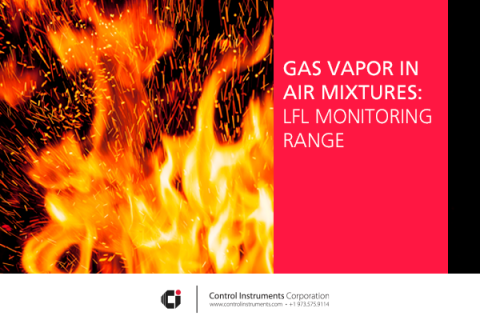 For each flammable substance there is a level of concentration in air, usually expressed as a percent by volume, known as its Lower Flammable Limit (LFL) or Lower Explosive Limit (LEL).

Below the LFL, the mixture of fuel and air is too lean to support combustion. As the amount of fuel continues to increase, the mixture will eventually become too rich to burn - there will be too much fuel and not enough Oxygen. This concentration

is known as the Upper Flammable Limit (UFL) or the Upper Explosive Limit (UEL).

Between the LFL and the UFL lies the flammable range where, given a source of ignition, the mixture will readily ignite. While it may be theoretically possible to operate safely at concentrations up to 100% of the LFL, authorities world-wide have established safety regulations which require operation well below this point.